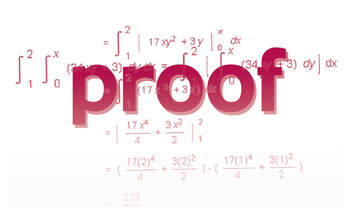 ​Winner of the 2001 Pulitzer Prize and the Tony Award

On the eve of her twenty-fifth birthday, Catherine has spent years caring for her brilliant but unstable father, a famous mathematician. Now, following his death, she must deal with her own volatile emotions, the arrival of her estranged sister, Claire, and the attentions of Hal, a former student of her father's who hopes to find valuable work in the 103 notebooks that her father left behind. Over the long weekend that follows, a burgeoning romance and the discovery of a mysterious notebook draw Catherine into the most difficult problem of all: How much of her father's madness--or genius--will she inherit?

In October, 1998, Matthew Shepard, a gay student at the University of Wyoming, was kidnapped, severely beaten and left to die, tied to a fence in the middle of the prairie outside Laramie, Wyoming. In November 1998, Moisés Kaufman and members of his theater company traveled to Laramie to explore the crime and the town. Over 200 interviews with townspeople culminated in this breathtaking collage that explores the depths to which humanity can sink and the heights of compassion to which it can also rise.
​

45 Seconds From Broadway
by Neil Simon
Directed by Paul Campbell

From America's master of contemporary Broadway comedy, here is another take on behind-the-scenes action in the entertainment world, this time near the heart of the theatre district. 45 Seconds from Broadway takes place in the legendary "Polish Tea Room" on New York's 47th Street. Here Broadway theatre personalities gather and schmooze. A Valentine to New York as Neil Simon continues to find humor in even the most painful moments of life.

The only breakthrough musical between "Show Boat" and "Oklahoma," with classic songs by the great Rodgers and Hart, like "I Could Write a Book", "Bewitched" and "Den of Iniquity," Pal Joey introduced the first anti-hero to propel a musical. Joey is an opportunistic cad, but he always seems to land on his feet. He elbows his way into a job at a seedy Chicago nightclub and is soon juggling the affections of a naive chorus girl and a wealthy society dame who just happens to be married. Once Joey has charmed the socialite into setting him up in his own joint, he ditches the chorine and is riding high, playing the big-time operator. When a punk threatens to spill the whole business to the socialite's husband, she decides that she's bored with Joey anyway, dumping him and the club. Having had a taste of his own medicine, you'd think Joey would head back to the sweet kid who really loves him. Wrong. Some things never change, but you know what? He's still on his feet. Winner of the New York Drama Critics Circle Award for Best Musical, 1952, and the Donaldson Award for Best Musical, 1952.