​Inside Mrs. Joe Bradshaw, a 42-year-old mother of two grown children, is the former Shirley Valentine longing to get out. Her schoolgirl dreams have faded, and she is reduced to talking to the kitchen wall while preparing her husband's evening meal - to be on the table as he opens the front door every night. As she sips a glass of wine, she dreams of drinking in a country where the grape is grown. Her feminist friend offers her a holiday in Greece, and with great trepidation and a lot of forward planning, Shirley seizes the opportunity and goes, to encounter a totally different lifestyle. Shirley is brilliantly shown with humor, warm sympathy, and human insight by the author of Educating Rita. This hilarious and honest play was a hit in London and New York. "Absolutely smashing." N.Y. Post.

"[Marianne Phinney] raises the bar for acting....Add Pat Hainsworth's deft direction and you have a winner before the curtain goes up....[Phinney's] sense of timing is perfect..." Shirley Esthimer, Walpole Times
"Phinney is superb as Shirley. She portrays her as flawed, but very loveable....you're glad you've gotten to know Shirley Valentine." Jim Dorman, Patriot Ledger
"...a tour de force...a must-see evening...plenty of chuckles, a little naughtiness, and, most importantly, profound insight into that place in everyone that longs to break out and live life as it should be lived." Candace Leary, Daily News Transcript
"...[Phinney] is brilliant in this role, making this a must see show with its funny and poignant moments...two beautiful sets and some wonderful mood lighting...a powerhouse one woman show." Tony Annicone, Theater Mirror

A Delicate Balance
by Edward Albee
Directed by Al Morin

From the hand of one of America’s great playwrights, who gave us WHO’S AFRAID OF VIRGINIA WOOLF, SEASCAPE (Pulitzer Prize), and THREE TALL WOMEN (Pulitzer Prize), comes a ferociously funny story of a wealthy American family somewhere in the New York City suburbs of Connecticut, trying to balance social appearance with the stark reality of their dysfunctional lives. Agnes and Tobias, newly retired and wishing to spend their waning years in the comfort of their clubs, find their lives upended by Agnes’ live-in sister with a penchant for drink and the mouth to support it; the return of their daughter on the heels of her fourth marriage; and the arrival of their best society friends, who announce, that because of some unnamed fear---they intend to stay---indefinitely. A prophetic study of elite American life, as only Albee---who grew up in it---can write.
​Winner of the Pulitzer Prize. Winner of the 1996 Drama Desk Award, Best Revival.

"...strong performances from Linda Monchik as Agnes, Jennifer Cira as Julia, and Wendy Clarridge Moore as Edna..." Shirley Esthimer, Walpole Times
"A Delicate Balance' is difficult for actor and audience alike. But as usual, the Walpole Footlighters are up to the challenge" Joseph Mahoney, The Patriot Ledger
"Morin strikes the right balance with his choice of cast members and demonstrates a keen sense of knowledge behind Albee's sometimes difficult dialogue...Knopf shines and gives us new insight into his character...Cummings' portrayal is perfect..." Patricia McAlpine, Attleboro Sun-Chronicle
"...compelling, thought-provoking theater and a triumph for the fine ensemble of actors who are perfectly cast..." Candace Leary, Daily News Transcript
"...Linda Monchik plays the wife/mother with a stalwart grace...Ninette Pantano Cummings brings to the role [of Claire] a sly cunning...Jennifer Cira...brings lively energy to the stage..." Lucinda and Fred Davis, Hometown Weekly

Starring (in order of appearance): Tracey Seier, Jackie Kelly, Kay Blaha, Gina Donaher, Charlene Winslow, Jesse Seckel-Cerrotti, Rich Morton, Daniel Kelly, Gerry Earabino, Damon Rainie, and Elizabeth Kelly
​
Set in California in 1941 and 1951, HOLLYWOOD ARMS is the funny and moving story of three generations of women living on welfare in a one-room apartment, one block north of Hollywood Boulevard. Based on Carol Burnett's memoir, One More Time, the cast of characters include a tough, funny, yet tender pill-popping Christian Scientist grandmother; a beautiful wide-eyed and distant mother who is struggling to be a writer, only to drown her ambitions in a bottle; a loving but absent and alcoholic father; and a young girl whose only escape is up on the roof of their rundown apartment house where she creates her own magical world at the foot of the Hollywood Hills. Finally, it’s a story about shattered hopes and realized dreams.
​
"...a memorable cast...Blaha is impressive....Donaher is heartbreaking..." Shirley Esthimer, Walpole Times
"Blaha generates plenty of laughs....powerfully moving....captures the essence of life just this side of the Depression." Candace Leary, Daily News Transcript
"[Seier's] dynamic portrayal is topnotch and her comic timing is, too...a fun filled look back on Carol Burnett's wacky childhood and young adult years" Tony Annicone, Theater Mirror 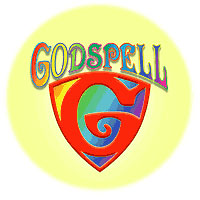 Conceived and originally directed by John-Michael Tebelak, with music and new lyrics by Stephen Schwartz, Godspell is one of the biggest off-Broadway and Broadway successes of all time.
Based on the Gospel According to St. Matthew, and featuring a sparkling score by Stephen Schwartz, Godspell boasts a string of well-loved songs, led by the international hit, “Day By Day.” As the cast performs “Prepare Ye The Way Of The Lord,” “Learn Your Lessons Well,” “All For The Best,” “All Good Gifts,” “Turn Back, O Man” and “By My Side,” the parables of Jesus Christ come humanly and hearteningly to life.
Drawing from various theatrical traditions, such as clowning, pantomime, charades, acrobatics and vaudeville, Godspell is a groundbreaking and unique reflection on the life of Jesus, with a message of kindness, tolerance and love.
​
"...entertaining, touching, uplifting and just plain fun....The talented cast of 10 comes together as a community....The lighting for the first act number, "All for the Best," is particularly inventive...The audience was on its feet, applauding in time to the music, joining in with the cast" Candace Leary, Daily News Transcript