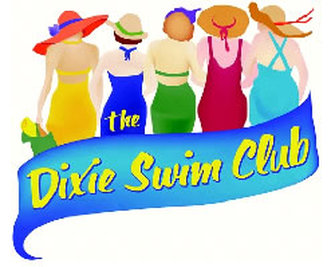 Five Southern women, whose friendships began many years ago on their college swim team, set aside a long weekend every August to recharge those relationships. Free from husbands, kids and jobs, they meet at the same beach cottage on North Carolina's Outer Banks to catch up, laugh and meddle in each other's lives. The Dixie Swim Club focuses on four of those weekends and spans a period of thirty-three years. Sheree, the spunky team captain, desperately tries to maintain her organized and "perfect" life, and continues to be the group's leader. Dinah, the wisecracking overachiever, is a career dynamo. But her victories in the courtroom are in stark contrast to the frustrations of her personal life. Lexie, pampered and outspoken, is determined to hold on to her looks and youth as long as possible. The self-deprecating and acerbic Vernadette, acutely aware of the dark cloud that hovers over her life, has decided to just give in and embrace the chaos. And sweet, eager-to-please Jeri Neal experiences a late entry into motherhood that takes them all by surprise. The Dixie Swim Club is the story of these five unforgettable women—a hilarious and touching comedy about friendships that last forever.

​The Jackson are a nice middle aged English couple. Their best friends are their Canadian neighbors, the Krogers. All is blissful in their world until a detective from Scotland Yard asks to use their house as an observation station to try and foil a Soviet spy ring operating in the area. The Jacksons become more and more put out as Scotland Yard's demands on them increase. They are really put to the test when the detective reveals that the spies are the Krogers and he asks them to help set a trap. Should they betray their friends?
"This is a play about the morality of lying, not the theatrics of espionage, and, in Mr. Whitemore's view, lying is a virulent disease that saps patriots and traitors alike of their humanity." N.Y. Times.
"Absolutely engrossing ... evening of dynamic theatre." N.Y. Post.

Based on the 1966 film, "Le Roi de Couer," the 1978 Broadway musical features a score by Peter Link (music) and Jacob Brackman (lyrics). Set in the fictional French town of DuTemps in September 1918, shortly before the end of World War I, the protaganist is Private Johnny Able, whose mission is to defuse a bomb intended to destroy the entire village. All the local residents have fled, leaving behind only the cheerful inmates of the insane asylum, who happily take over the town and proclaim Johnny their King of Hearts. The show raises the question of who is more insane, the asylum's patients or those who wage war.